From its colonial beginnings, Chile has been a country guided by religion. In a country where 67.37% of the population is Catholic (according to the Census 2012), religion has emerged as one of the fundamental pillars of society. Today, religion is part of Chile’s cultural identity. Among the main tenets of the Catholic religion, there is respect, inclusion, love of neighbor, friendship and above all, acceptance, however, the Catholic Church is an elitist institution that does not accept differences and that, Despite its principles, it does not accept other with their beliefs and personal history.

In Western culture, especially in the Chilean traditions, wafer and bread are a sacred food. The host is an element of great importance for Catholicism, it symbolizes Christ’s body and ingested in the rite of the Eucharist. In Catholic ceremonies, a monstrance (Latin ostentare, “show”) is highly significant. It corresponds to a piece of gold or other precious metal where previously consecrated host for the adoration of faith and conviction stands.

Moreover, the bread of great importance in the world economy, acting as an index measuring the value of life. Through its trade price it is possible to determine changes in the cost of living in each country. In the beginning, the bread was made and shared within the family. Later, thanks to industrialization, began its massive commercialization in urban areas.

The work consists of a custody-made wicker bread basket, looking to rescue the essence of the rite of the Eucharist: Communion, alluding to its essential meaning, to understand it as the union between people.

We opted for wicker, because it is characteristic material central Chile, and the shape of the bread basket, which corresponds to an object present in every home across the country.

Keeping bread in wicker symbolizes sharing and power, becoming a symbol of approval, appreciation and blessing to the various forms of love that exist in society.

The proposed activation object corresponds to the installation of a rectangular table with white table cloths and on this, the Custody-Panera Bread with marraqueta inside. This table will be located outside the Cathedral of Santiago, emblematic place of Catholicism in Chile. The ritual is held on a Sunday at noon, coinciding with the main mass of the week. 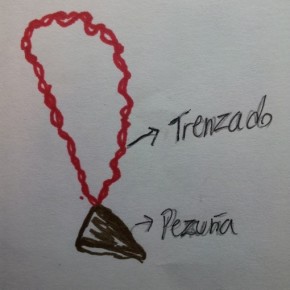 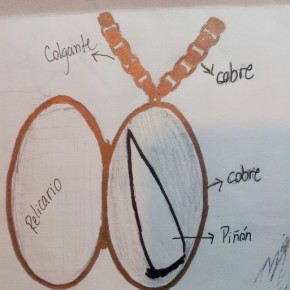 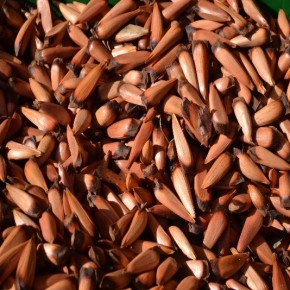 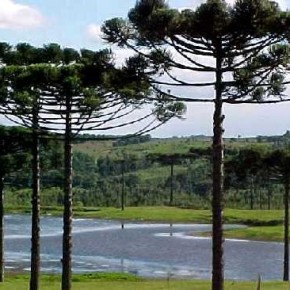 Before reading I recommend you see this video for you to understand because we chose the concept of reconciliation in Chile.

The challenge we have chosen is the “reconciliation” between the Mapuche and Huinca (common Chilean).

The task is to create an object that includes the media of Gold and Ceramics. The object is shaped pendant reliquary inside it contains the representation of a pinion (fruit or seed typical Mapuche culture); outside the shrine hung hooves modules together with red braids (red blood relationship to the Mapuche that we Chileans, “we have the same blood”). The order will be delivered to the patriarch of the family and will have to pass from generation to generation (generation gesture).

Pinion will be made with clay, which contain the seeds of Araucaria (Pinion). This pinion can be planted in future generations, recalling the gesture of returning the land to the Mapuche. The reliquary will be made of copper, which is a very typical Chilean territory material. Chilean family (for each group member) conduct braids, which hung goat hooves. This is alluding to the generational gesture, bracelets braids will have to withdraw (Mapuche) and quedárselas memory of the object as you step through your hands. The idea is that the last person who receives this object plant this seed to grow a gesture Araucaria and the recovery of their land is generated. How to record this act is through photography and video.

The ritual will be held in the Mapuche New Year, which is the 24th of June in a Ruca located in Lampa (RM, Province of Chacabuco). But the idea is previously performed relations with the people living in this area, there would begin the ritual.